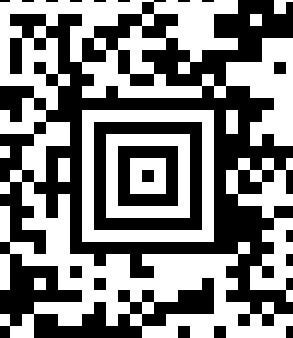 “Stay (de)focused” or the experience of an “ADHD” negotiator

I grew up with ADHD (Attention Deficit Hyperactivity Disorder) without knowing it. I realized it much later when my son was diagnosed with ADHD. In my day, if you had it, you were a failure in school and that meant you were either stupid or lazy or both. It was simple.

Fortunately, science and society have evolved. Nowadays, we accompany and sometimes even treat, without however curing, children afflicted with this disease.

It would even seem that modern society is manufacturing “ADHD” – that’s what we call the young victims of this disorder – by putting them in front of screens all day long and teaching them to zap constantly, instead of staying concentrated or rather “focused” – it’s more chic in English.

As a result, more and more young people and now adults with ADHD are failing at school or at work because they can’t stay focused.

“Stay focused” has become a very fashionable injunction in the modern world of business, in particular, and in general.

Indeed, it is clear that society is asking, indiscriminately, people without ADHD and ADHDers to “stay focused!” on their work and thus to sit for many hours behind their work computer without moving.

While I am convinced that sitting still behind a computer screen can be a hindrance to creativity and productivity for everyone – ADHD sufferer or not – it is obvious that ADHD sufferers are at a severe disadvantage in this race to “stay focused! The very definition of ADHD is the difficulty to concentrate and therefore to stay focused!

As an undeclared “ADHD” – the concept appeared in the 90’s and was still almost unknown in France in the 70’s and 80’s – and as a school failure before becoming a business lawyer and then a professional negotiator, I have often noticed, during my career as a negotiator, how my structural inability to give in to the injunction to “stay focused” could actually be a real asset when it came to approaching and conducting complex negotiations.

My natural tendency to practice “defocusing” (antonym of “focus” coming from the vocabulary of photography – my other passion with negotiation) often proves to be a decisive asset when it comes to being able to take a step back from a subject, i.e. to be able to “defocus” from the problem or the issue at stake in the negotiation, in order to find, outside the predefined framework of the negotiation, the levers that will enable to find a “deal” in complex or blocked situations.

In other words, it is by taking a step back to try to capture the global picture that we manage, with experience, to pay attention to what is happening outside or next to the negotiation table. However, it is often behind this invisible curtain that the causes of the failure of our negotiations are hidden.

To claim that it is enough to practice “defocus” to treat the roots of the problem would obviously be a shortcut. On the other hand, in many cases, “defocusing” the problem for a moment allows us – I am sure – to gain perspective and to have a more global vision of the situation. It is essential to realize that not everything is decided at the negotiating table and that all the elements that intervene outside the predefined scope of the negotiation must also be taken into account in order to reach a real “deal” – even if they are more difficult to perceive! It is the study of the strengths and levers of negotiation left outside the scope of the negotiation that will make it possible to reach a “deal”, or even an iDeal – although for this, it is better to rely on iDeal Makers.

3 likes
No Comments
prev next